Posted on Apr 9, 2019 by Philip Hultgren in Uncategorized | 0 comments 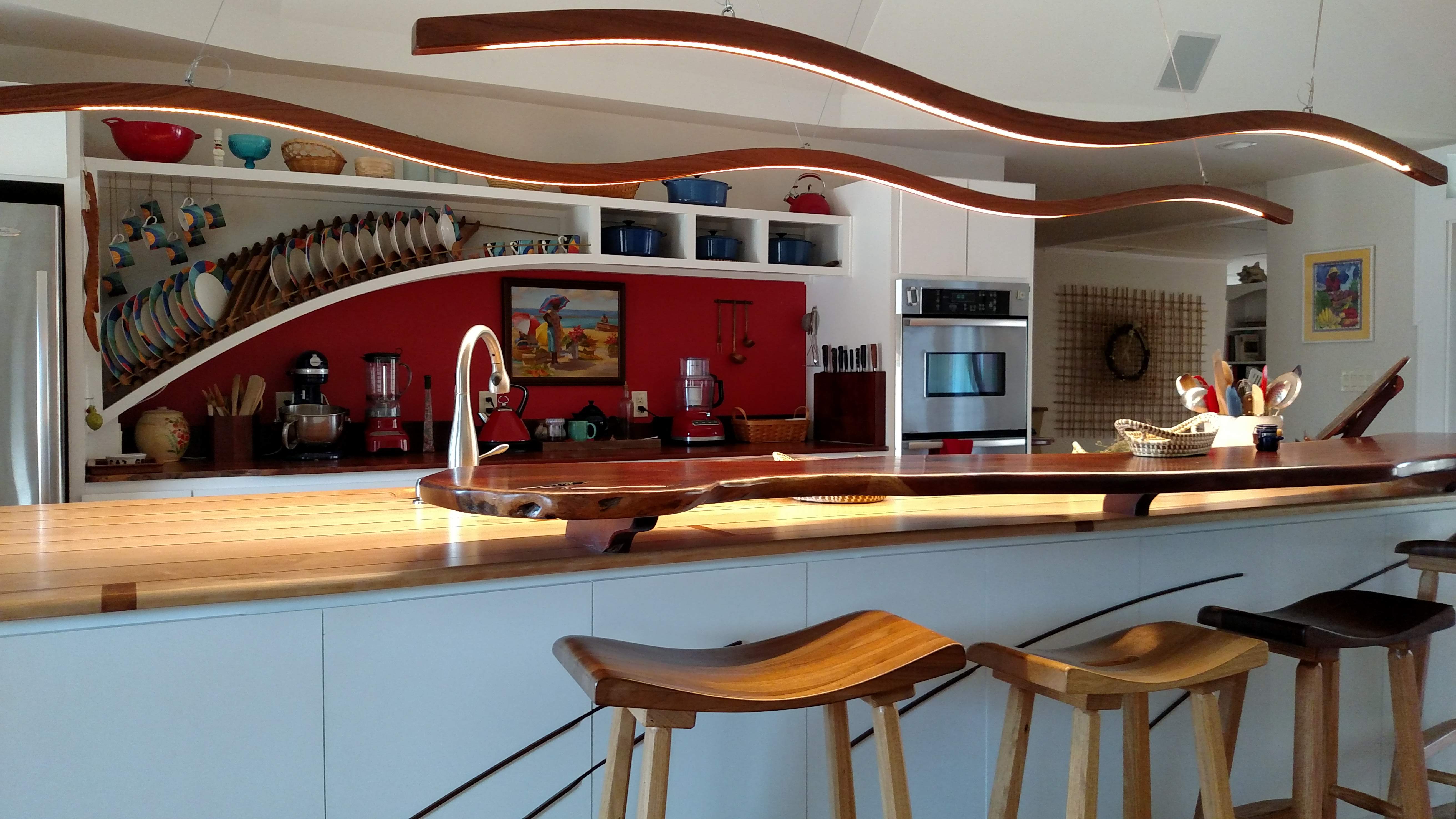 When Chris and I finished the kitchen a few years ago (it was part of the total house rebuild) we used two sets of 12 volt halogen rail lights over the island and bar. The transformer for the lights was a thick round affair that attached to the electrical box mounted in the ceiling. The lights were hung from a metal rail which was also attached to the ceiling. Each rail was inserted into its own round transformer disk.

Two years ago one of the two transformers stopped working. I went online and located a replacement and installed it. The lights on that rail worked again. Last fall the other transformer failed and, try as I could, no replacement was to be found. If I could not replace the transformer, the lights would not work. So began a search for a suitable replacement.

We thought that LED lighting would be more efficient than halogen, so my search began with that parameter. I was still thinking that our best option was pendant lighting because our ceiling is 14′ high. I soon discovered that there are very few LED pendant light systems and none that were appealing. But when I saw a wave pattern and the cartoon “light bulb” clicked on over my head (sorry, couldn’t resist).


I had used LED tape years before to light the counter under our plate curve, and the result was worthy of “Wow!” Now, hanging from the ceiling I proposed to make sine waves and use LED tape in the curves. A local hardwood dealer had the Sapele that I required to make the 14 ft. long piece. I sketched a sine wave on the wood and cut it out. A sine wave is a mathematical and electronic measuring phenomenon. The wave travels equally above and below the center line. Having cut the wave free I cut a slot in what would turn out to be the bottom side of the wave. Into this slot I applied LED tape and attached the wire that would power the lights.

The light given off by the LED was impressive. We immediately decided to replace the second set of pendant lights. The wave over the bar worked out to be three feet shorter. This meant that when I positioned it just so, its rhythm was the opposite of the longer one when viewed from the center of the room.