Posted on Mar 22, 2019 by Philip Hultgren in Uncategorized | 1 comment 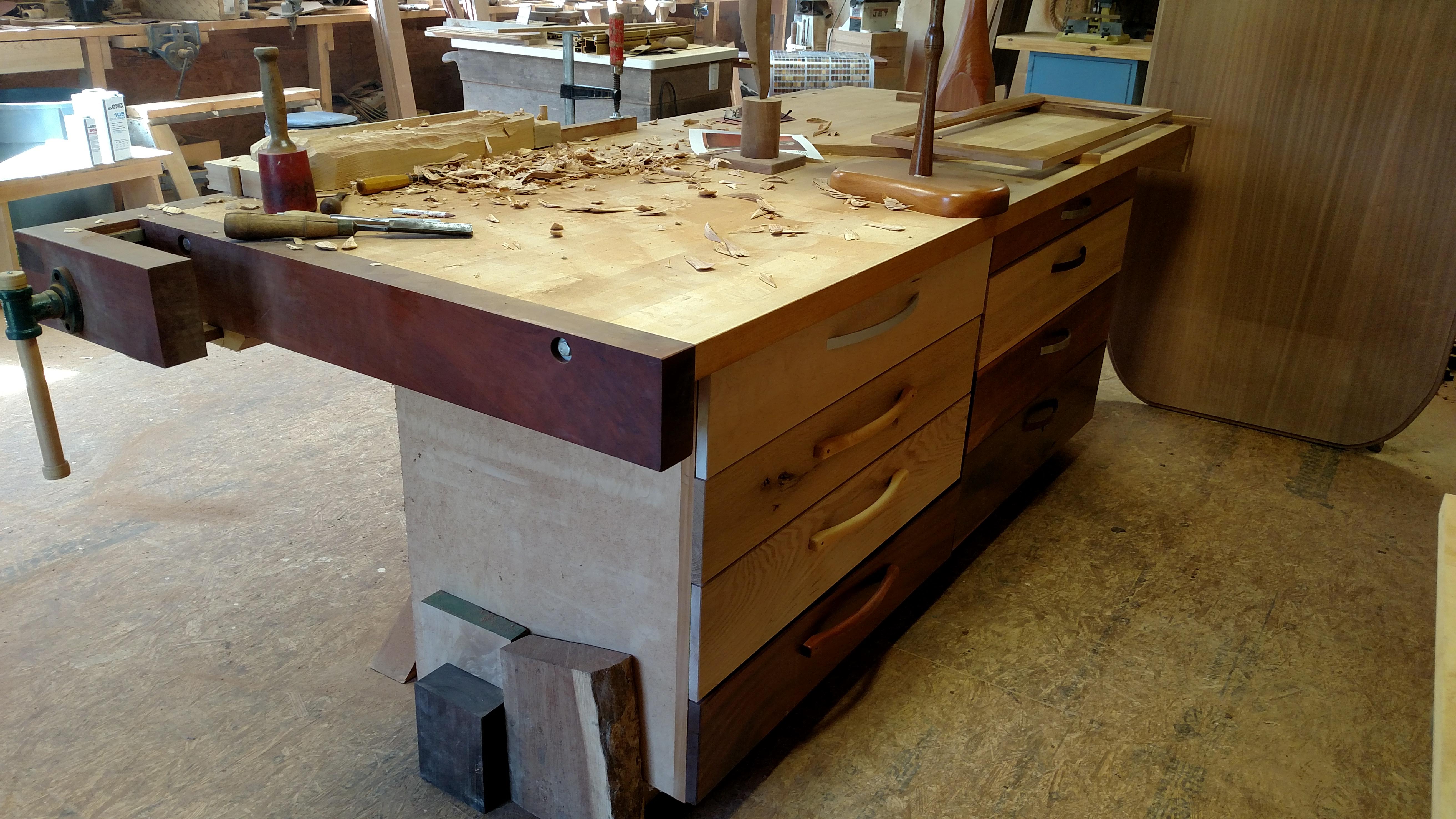 The evening of April 4th from 5:30 until 7:00 an opening reception to the show entitled “Traditions and Perceptions” will be held at Bassett Gallery which is part of the Fine Arts Center of Kershaw County. The gallery is at 810 Lyttleton St., Camden, SC. I will be showing with Stephen Nevitt Professor of Art at Columbia College, Columbia, SC. The show runs through May 10th.

I have not had a public show for ten years. The intervening years have been filled with contracts and commissions. I have been challenged and passionately creative without the added dimension of shows, but there is an undeniable excitement to a public show. This show was the driver to finally critically look at and decide to finish some of the pieces of art that have been hanging around waiting for me (I’ll work on it someday). I came across a piece of Koa that I had brought back from Hawaii as luggage when Chris and I visited her sister there in 2005. It’s now an occasional table because a “Public Show” allowed me permission to take the time to make it. There is a divine area of grain that looks three dimensional as if satin ribbon gently collected up and down is just below the finished surface .

I have some pieces of pure whimsy that just wanted to be realized in wood. One is called “Visual Wit” another is “Angular Arc”.

I have 26 new and not so new pieces for this show. Please stop by if you are in the area.