Posted on Feb 17, 2019 by Philip Hultgren in Uncategorized | 0 comments 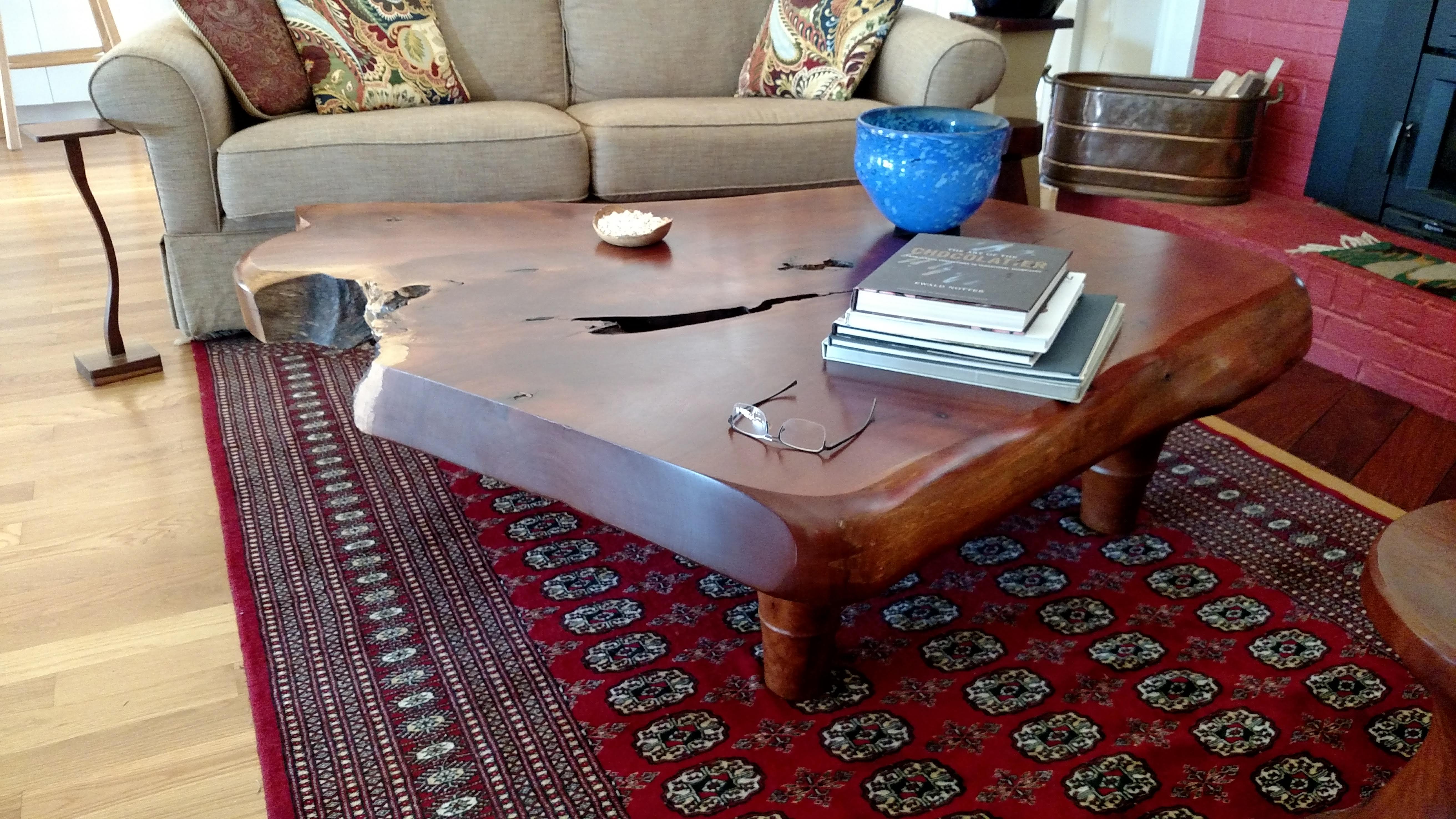 Hurricane Hugo in September 1989 caused a great deal of damage to the Island of St. Croix where I was living at the time. Most of the structures were damaged and many completely destroyed. Many trees were killed as well and left standing dead. This particular tree was on a major thoroughfare and I looked at it every time I drove by. It was still standing when I got permission to cut it down 5 years after Hugo hit.

The local steel fabricators (Florida Welding) had a flat-bed crane with a bucket that they could attach to the end of the boom. Doug would hoist me and my chain saw to the top and I would whittle away at the branches all the way down until I could sever the trunk from the root. We took all the various pieces to a friend’s field where he told me I could leave as much as I could acquire

I dreamed of having a really thick, single slab coffee table, and so I roughed out a slab from the “crotch” with my chainsaw. The crotch is where the branches fan out from the trunk and the grain is the most dramatic. I could not see the tip of my chainsaw so I could not judge how straight I was cutting and in the end I got my slab and some extra. This was from a tree that had been dead for 5 years! I wrestled it onto my truck and brought it back to my home.

This one piece of Mahogany (Swietenia mahagoni) was 60” across at the widest and 60” long. And it was very uneven. At the time I did not own a thickness planer of any size and there was nothing on the Island that was even close to accepting such a large slab of wood.

The solution to getting the surfaces close to flat and parallel was an arm attached to a door jamb that swung on a constant plane. On that plywood arm I fashioned a moving car that held a router. The car would slide along that arm at a constant height cutting a consistent depth. I found that for my router a ½” cut down and ½” over was the most efficient cutting. It still took me 24 hrs. and 3 router bits (after hitting nails) to flatten one side. I flipped it over and repeated the exercise.

Being very much influenced by George Nakashima, I cleaned up the ingrown bark and left the natural checks (cracks) so, yes, there is a hole in the middle of our coffee table. I added two butterfly keys more to see if I could do them accurately than from the necessity of keeping a check from continuing.